As in years past, the German program at the University of Mary Washington has put together a program for the German Campus Weeks, generously sponsored by the German Embassy in Washington, D.C.

This year, there are two exhibits with corresponding talks: 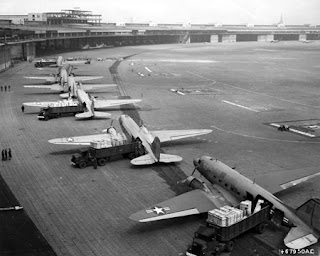 At the end of the Second World War, U.S., British, and Soviet military forces divided and occupied Germany. Also divided into occupation zones, Berlin was located far inside Soviet-controlled eastern Germany. The United States, United Kingdom, and France controlled western portions of the city, while Soviet troops controlled the eastern sector. As the wartime alliance between the Western Allies and the Soviet Union ended and friendly relations turned hostile, the question of whether the western occupation zones in Berlin would remain under Western Allied control or whether the city would be absorbed into Soviet-controlled eastern Germany led to the first Berlin crisis of the Cold War. The crisis started on June 24, 1948, when Soviet forces blockaded rail, road, and water access to Allied-controlled areas of Berlin. The United States and United Kingdom responded by airlifting food and fuel to Berlin from Allied airbases in western Germany. The crisis ended on May 12, 1949, when Soviet forces lifted the blockade on land access to western Berlin.

Source: U.S. Department of State, Office of the Historian 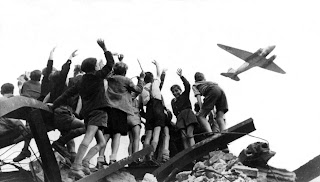 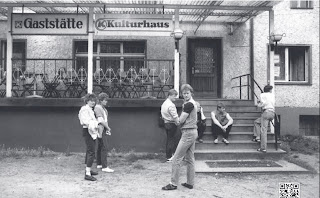 In 2018 the Federal Foundation for the Study of the Communist Dictatorship in Eastern Germany and OSTKREUZ Agentur der Fotografen are jointly sponsoring the exhibition “Totally East” about everyday life in East Germany. It features photos by the renowned photographer Harald Hauswald and texts by Stefan Wolle, Scientific Director of the GDR Museum in Berlin.

A (Personal) History of East Germany in Eight Objects 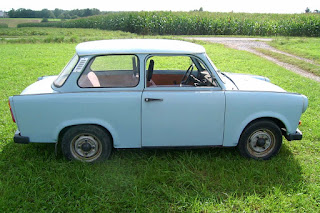 Marcel Rotter, who grew up in East Germany, will illustrate the different aspects of the exhibition with eight everyday objects that exemplify life in East Germany.

What was the significance of bananas, the apartment block, the Trabant car (pictured on the right), or the Protestant Church in the daily life of East Germans?

See a real East German car, a Wartburg, after the talk.

All events are generously sponsored by Embassy of the Federal Republic of Germany. 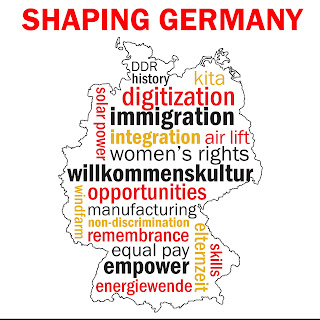